Charles Darwin and the Galapagos Islands

The Galapagos Islands are known for a variety of things, but are mostly famous because of Charles Darwin. It was here where Darwin perceived how each animal was adapted to the different environments of each island. From this small realization a discovery was made, and the evolution theory was born. 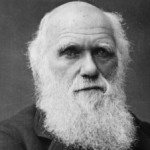 Charles Darwin was born in England on February 12, 1809. He was always interested in biology and started to study medicine, but left this studies when he realized surgery wasn’t his calling. In 1831 he obtained a degree on theology, but he carried his curiosity for nature and biology throughout his life. For this reason, Darwin was invited abroad HMS Beagle on an expedition to chart the coastline of South America on 1831. The trip lasted almost five years and was an experience that would change how the world looks at life.

In the trip, Darwin spent most of his time investigating geology and creating natural collections while recording everything on his notes. He visited Capa Verde, Brazil, Patagonia, and Chile, before he arrived to the Galapagos Islands. He was looking for a “center of creation”, but

instead noticed something very peculiar. The shape of the tortoises shell differed depending on their island of origin, and mockingbirds were different from island to island. He was perplexed, it was as if more than one creator have made this work. The boat stayed on these islands for five weeks, and then left to continue its expedition on October 20, 1835. From this discovery Charles Darwin followed the path that led him to discover Evolution.

Already back home, he and his colleagues studied the specimens of mockingbirds Darwin brought from his expedition and came to the surprising conclusion that each mockingbird wasn’t t just a variation of the species, but a completely different one. From this revelation Darwin wrote “one species does change into another”, and like this he started his journey to discover natural selection.

Now, what is natural selection? According to Darwin this is when a creature from any specie is born with a slightly different quality due to its genes. This could be a variation of any kind such as a change in the pigmentation of the fur (as happened with polar bears), or a slightly larger neck (that eventually led giraffes to exist). When this change is beneficial for survival on the environment they are living, this specific animal has a better chance of procreating than his fellows, passing like this his unique gene to its offspring. As the gene survives, and becomes stronger, a new species is born. 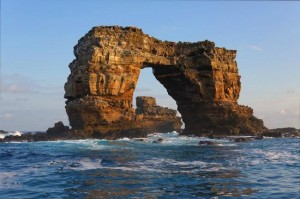 On November 22, 1856, 25 years later, Darwin published his famous book On the Origin of Species, in which he described natural selection. Now at days, an Island in the Galapagos is called after this historical figure, Darwin. A foundation has also his name. Charles Darwin Foundation (CDF) was stablished in 1959 to ensure the conservation of the Galapagos Islands through knowledge and science. This international foundation works hand to hand with the government to guarantee results.